“Chandler Bing” aka Matthew Perry’s character in FRIENDS is considered being the GOD of sarcasm. It is because of Mr. Bing that we know what exactly is sarcasm!

Now, I think everyone knows the Apple app Siri. What’d happen if we combine the top-notch Bing sarcasm with Siri’s style of replying? 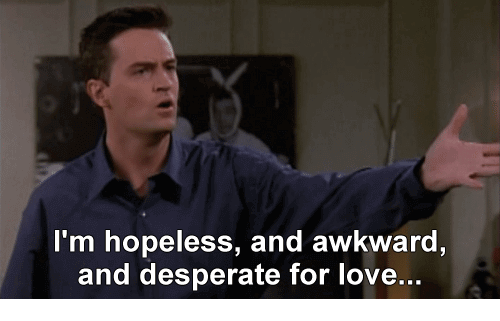 Me: What is the latest cricket score? 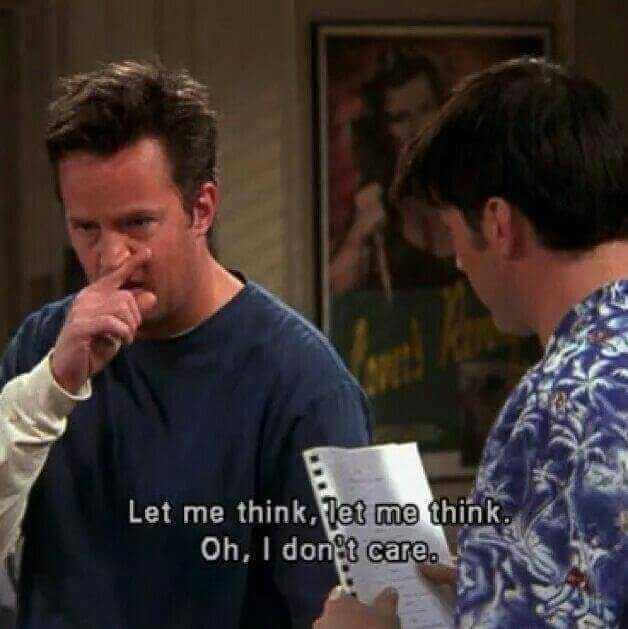 Siri: “Mooooooooommmmmmmmmmmm”, eh! It looks like she didn’t hear me.

Siri: Could you BE anymore ugly?

Me: Set a countdown for ten minutes?

Siri: When you return from the moon. Please bring me a cheesecake?

Siri: Nah, running behind someone who isn’t a girl is not my thing.

Me: Is Harry Potter real?

Siri: A guy who can’t come out of friendzone in seven years. Of course, he is real.

Siri: Well, yourself is an eight-letter word starts with a ‘y’ and ends with a ‘f’.

Me: What should I wear today?

Me: When is the world going to end?

Me: What’s your favorite animal?

Siri: Chicks, only if they are hot.

Me: What appointments do I have tonight?

Siri: A road trip to the White House in your brand new Porsche to meet the President, followed by a candlelight dinner with Angelina Jolie. These are your appointments for tonight’s dreams.

Siri: You are in the midst of a lonely and pathetic life.

Me: Am I handsome?

Siri: Do you really want me to answer that?

Siri: Starts with a W, ends with a T, and has an H and A in between?

Me: I think I look lovely today. What do you think?

Siri: I thought I was the one to make the jokes.

Me: Open the front camera.

Siri: You know that it’ll show your face right? Don’t tell me I didn’t warn you.

Me: When is Halloween?

Siri: Being with you, I’d probably say every day.

Siri: Can you be any lazier?

Me: What are the specs of the latest iPhone?

Siri: Does it matter when you’re going to use it just for games?

Me: What time is it?

Me: What is the best website to check the latest football scores?

Me: Can I make it to the airport in 10 minutes?

Siri: Sure you can. Just wait for 9 minutes for a particle accelerator explosion to turn you into the Flash and then run to the airport in one minute. The Adults Only Hotel Concept, What is it?

Greetings , We have extend this offer for you to provide us with a price quote for the item listed below : 1. Face Mask …. 1000 pcs Payment Terms : Net thirty (30) days from date of invoice upon receipt of our official Purchase Order (PO) Quotation must be submitted on or before 6/30/2020 .Quotes after due date may not be accepted. Marking of Quotations: Quotations submitted via email should be marked in the subject of email and Quotations as follows: “Company’s name, VL/6/2020 - Valero”. Quotations submitted by email must be limited to a maximum of 9 MB, virus-free and no more than two email transmissions. They must be free from any form of virus or corrupted contents, or the quotations shall be rejected. Quotations that are received after the deadline indicated above, for whatever reason, shall not be considered for evaluation. If you are submitting your quotation by email, kindly ensure that they are in the .PDF format, and free from any virus or corrupted files Sarah Morgan Director, Purchasing and Indirect Sourcing Valero Energy Corporation